Sunlight is described as full-spectrum light and includes the range of wavelengths necessary to sustain life on Earth: infrared, visible and ultraviolet (UV).

But the human eye only responds to the visible light component, which lies between infrared and ultraviolet radiation, and emits tiny wavelengths – just 400 to 700 nanometers (nanometer = billionth of a meter).

For years, ever since the workforce largely migrated from farms to factories, the lighting industry sought to develop electric, artificial light sources that mimicked the properties of sunlight. 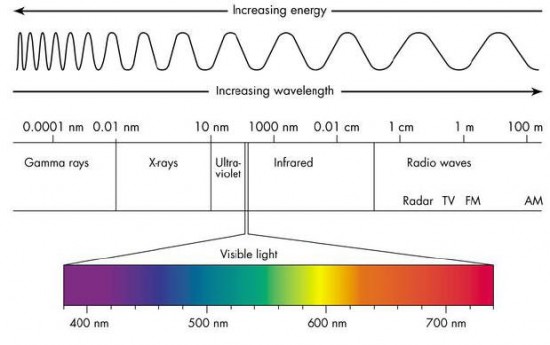 For years the lighting industry has sought to develop electric, artificial light sources that mimicked the properties of sunlight.

In the 1960s, photobiologist Dr. John Ott coined the term “full-spectrum lighting” to describe light sources emitting a full spectrum of natural light, which included both ultraviolet and visible light, and promoting the same health benefits of sunlight in humans, animals and plants.

When choosing artificial lighting products for office or home, the marketing term “full-spectrum” implies the lighting product emulates natural light in a continuous spectral power distribution (SPD), which represents the radiant power of a light source as a function of wavelength, without the ups and downs in radiant energy associated with fluorescent and metal halide lamps. 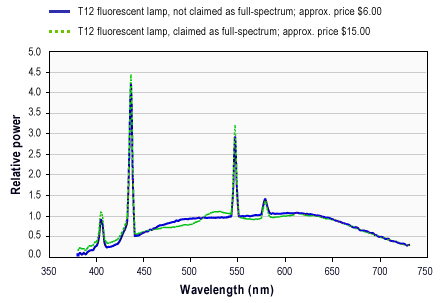 Today, there are numerous lighting products marketed as full-spectrum light sources that simulate both the visible and ultraviolet spectrum of natural light.

So, exactly what benefits do consumers get for going with more expensive full spectrum lighting, which has less efficacy?

Problem is, lighting manufacturers generally come up with their own definition of full spectrum lighting, according to the Lighting Research Center. That can create confusion for consumers, who simply have no way of knowing exactly what benefits, if any, they are receiving from full-spectrum lighting products.