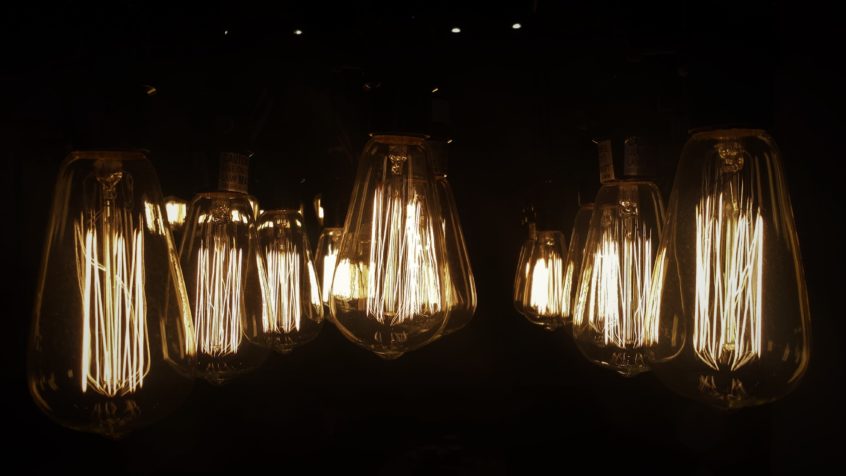 The number of light bulbs and other lighting products has expanded exponentially over the years. Earlier generations only had to choose between different types of traditional incandescent bulbs, and those choices rarely had anything to do with better technology or efficiency, but were instead essentially based on price and manufacturer. However, over the years, lighting has become one of the most complex markets in the world.

Fluorescent lighting products came on the market in the 1930s and 40s. In the 70-plus years since, they have evolved from being employed primarily in large commercial buildings to become the most commonly used alternative to incandescent bulbs.

Where we’ve been, where we are and where we’re going in the lighting industry.

High intensity discharge lights (HIDs) first hit the market in the 1990s. Early on, they were almost entirely found in automobile headlights. However, as technology improved, they began seeing wider use in large indoor spaces and commercial outdoor lighting for places like sports stadiums, gymnasiums and parking lots.

The most recent addition to the lighting market are light-emitting diode (LED) products. Due to their significantly increased energy efficiency, LEDs have become the go-to option in a world where energy and resources are becoming scarcer and more expensive. Although they have been around in one form or another since the early 1960s, it is only in the past decade or so that LED technology has developed to the point where it has become both practical and economical to use in a wide variety of applications.

It’s very likely that your immediate ancestors and, depending on how old you are, you, grew up with your home and the public buildings you passed through being illuminated almost entirely with incandescent light bulbs.

These bulbs also deserve a special place in history – incandescent light sources represented humanity’s biggest lighting advancement since the discovery of fire – due to government regulation and consumer awareness, they are being phased out of use in many places around the world. Despite that, they do continue to offer advantages in some cases, mainly because their upfront costs are very cheap.

As the lack of efficiency of incandescent bulbs became more of an issue, scientists looked to develop new technologies that didn’t waste as much energy and provided a better overall light source. The first step in that process was the advent of the fluorescent bulb.

Although they signaled a huge leap forward in energy efficiency over incandescent bulbs, in their early days of widespread use – the 1980s and 1990s – fluorescents still suffered from some major drawbacks. Among those, the most notable was the audible buzzing sound that regularly emanated from the bulb.

By the 1990s, compact fluorescent light bulbs (CFLs) were developed commercially and quickly gained wide use, as they no longer suffered from the buzzing issue, while still offering excellent energy savings over incandescents. To this day, CFLs are still an important part of the lighting market.

Since their introduction in the early 1990s, HIDs have mainly found their niche in large indoor and outdoor spaces. Advantages to HIDs include excellent efficiency, an extremely long lifespan and outstanding lumen output. Although, HIDs do usually take a long time to reach full illumination (it commonly takes about 10 minutes for the ballast to establish the electric arc).

Those factors combine to make HIDs an excellent option for larger spaces due to their ability to provide a bright light to a wide physical area. They are most commonly used in stadiums and parking lot lighting.

Over the past 20 years, LEDs have increasingly become the lighting products of choice for governments, contractors and homeowners looking for energy efficient solutions and to reduce electricity cost. Although it was invented in the 1960s, LED technology didn’t advanced to the point where its products became applicable to many parts of the lighting market until the 1980s.

Since that time, the technology has rapidly evolved. Now, businesses and government agencies, including the U.S. Department of Energy (DOE), which stated in its 2013 report, Adoption of Light-Emitting Diodes in Common Lighting Applications, that because “LEDs have surpassed many conventional lighting technologies in terms of energy efficiency, lifetime, versatility and color quality, and due to their increasing cost competitiveness are beginning to successfully compete in a variety of lighting applications,” they are increasingly putting them to use in a large number of facilities.

As understanding of the advantages offered by LEDs becomes more widespread, their presence in the market is expected to build considerably over the next 15 years. In its 2011 report, Lighting the way: Perspectives on the global lighting market, McKinsey & Company, a Chicago-based business consulting firm, worked out several projections for the LED market in the U.S. and throughout the world.

Due in part to their applications for commercial office lighting and hotel lighting, the report went on to predict that LEDs will amount to close to 60 percent of the overall global lighting market by 2020.

The future of lighting

While incandescent bulbs had their time and place in the history of lighting, they are quickly being replaced by CFLs, HIDs and, most notably, LEDs as the most common light source, both out of environmental concern and long-term financial cost. And while all of those technologies will likely play a role in reducing energy consumption across the globe, it appears LEDs will lead the way.

As the DOE stated in another 2013 report, Life-Cycle Assessment of Energy and Environmental Impacts of LED Lighting Products, “The energy that incandescent, compact fluorescent and LED products consume while in use dominates not only the total energy consumed over their entire lifecycle, but also their total environmental impact. Because of this, continued focus on LED efficacy targets and market acceptance is appropriate.”

With so many lighting options out there on the market, consumers, whether in the industrial, commercial or residential sector, should look to lighting specialists to help them decide what works best for them.